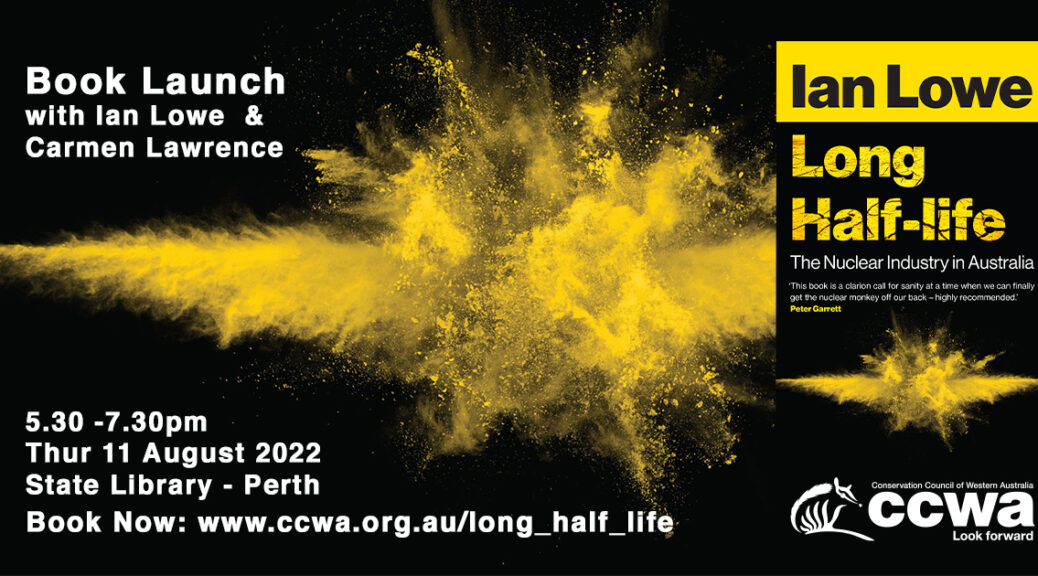 Join us for a special evening with Professor Ian Lowe AO and CCWA President Carmen Lawrence AO to explore the history of the nuclear industry in Australia.

This is an important time to reflect on the nuclear industry and Australia's role in it - and we can't think of two better people to do that with!

Here in Western Australia we are edging dangerously close to having one operating uranium mine, and are watching yet another community fight yet another proposal for a national radioactive waste dump. Nationally we are discussing the possibility of nuclear submarines, and facing the realities of a $2.2 billion clean-up at Ranger uranium mine. Globally there is a mounting push for a new generation of nuclear power, Russia has weaponised nuclear power in war, tensions are rising, and there is now an international treaty to abolish nuclear weapons.